Love our content? Register as an affiliate today to see how you can make the most out of your traffic. 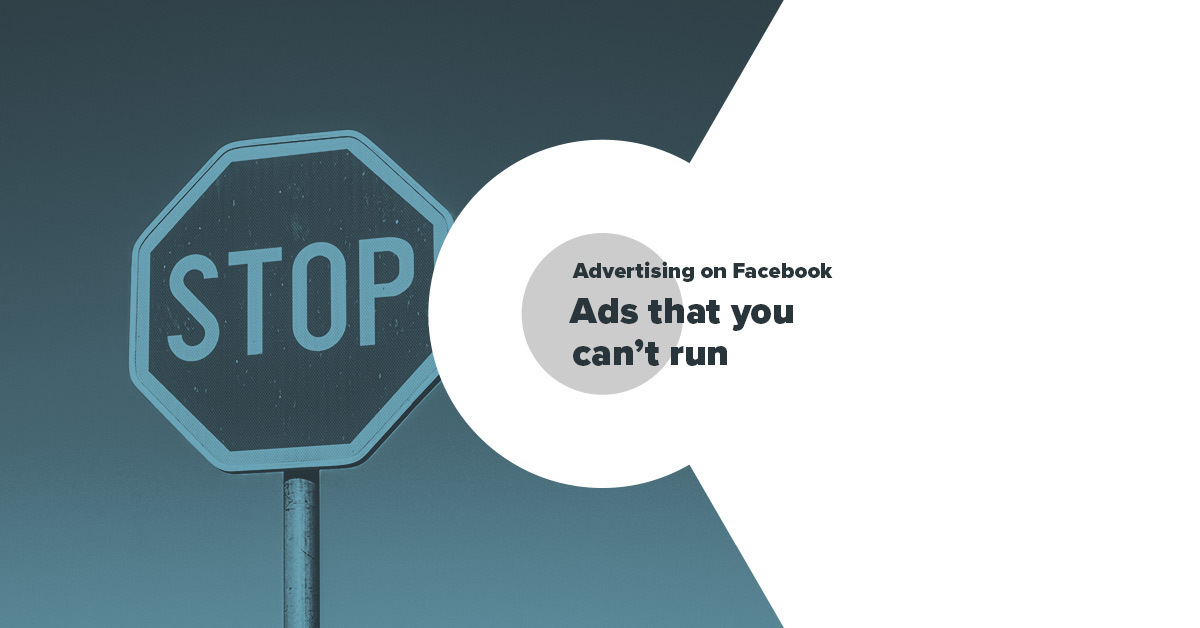 Not sure what you can and can’t advertise on Facebook? In this article, we break down the advertising policies that matter and show you the best practices to avoid the ban hammer.

If you’re already advertising on Facebook or are planning to, then it’s important that you know the rules. If you don’t want to get your account banned from advertising, then be sure to stick to Facebook’s advertising policies.

In this article, we won’t go into every detail of the guidelines. Most of the policies are fairly straightforward, and the majority are common sense. Instead, we’ll look at the areas where Facebook is a little vague and where you might fall into problems if you’re not careful.

One of the biggest problems for affiliate marketers who advertise on Facebook is that Facebook doesn’t always make it clear what they expect from people advertising on their site. On top of that, when Facebook finds that your ad has breached their policies, they won’t tell you exactly why, instead, they’ll just tell you which policy you have breached. This approach is really unhelpful, and if you’ve taken the time and effort to follow every rule then getting your ads rejected can seem like a surprise and a dead end. Don’t worry, it’s not!

If you really think that you have done everything right and still can’t figure out why the ad got rejected, then you can resubmit it for a further review. Facebook does make mistakes when rejecting ads, and if this has been the case then your ad should be approved the second time around. If, however, you get rejected on a second review, then you’ll have to look more closely at your ad or the content used in the links. Here are some of the rules which often get ads rejected but aren’t immediately clear in the policies.

Facebook lets you use emojis, but they don’t tell you to use them. This might not seem like an important distinction, but it is. Instead, what Facebook does say about emojis is hidden away in section 28 of the Advertising policy under the heading Circumventing Systems. There, they highlight that you should not ‘Use unicode characters or symbols in ad text with the intent to obfuscate words or phrases.’

What this essentially means is you should not use emojis in place of words, numbers or phrases. For example, If you want a discounted price to stand out in your adcopy, it might be tempting to use emoji numbers. However, Facebook will judge this as an attempt to hide information in unicode and the ad will be rejected. Not only that, Circumventing Systems is a fairly serious offence as far as Facebook is concerned and it’s one you should definitely avoid.

Another problem with using emojis is that, it’s not always obvious when Facebook will consider them to be a circumvention. As a rule, you should always avoid emojis that contain letters and numbers. However, emojis like stars can also cause problems, possibly because they can convey a false sense of trust by acting as a ratings system. They can also be used as stand-ins for letters within words.

Generally speaking, you can get away using emojis for objects and animals and they can help you get more conversions. But use them sensibly and sparingly, and never use them to replace words. Instead, use them next to the word.

Redirects are strictly forbidden when advertising on Facebook. This is because redirect URLs can easily be used to send people to forbidden content.

Often affiliates use redirects as a means of tracking and testing different offers or landing pages. Unfortunately, this excuse doesn’t fly with Zuckmeister and you’ll get your ads rejected and your accounts banned if you try it. Don’t worry though. There is another way!

When it comes to running offers on Facebook, you should always use prelanders. These will allow you more tracking options and give you the chance to improve the quality of your traffic. However, you won’t be able to test multiple prelanders in the same ad set!

The best practice for using prelanders on Facebook is to have one campaign running ad sets to one prelander. If you want to test multiple prelanders, then create separate campaigns for each one. It takes a bit of extra effort, but it’s well worth it and it will save you time and money in the long run.

Facebook cares about where it sends people, and the rules that they apply to campaigns on their platform also apply to the pre landers and landing pages that you direct people to. One area where this catches a lot of affiliates out is when it comes to things like personal attributes.

You might be tempted to start talking directly to the audience you’ve targeted once they are on your domain, after all, if you’ve targeted them using interests or other personal data then you want to know that they are in the right place. Unfortunately, you’ll be in violation of Facebook’s policies if you do. Therefore, while you don’t necessarily have to be vague, you can’t be direct or suggest that the people you are targeting have the attributes which you targeted.

Here’s an example of how Personal Attributes on Facebook work:

Not Approved - Meet other singles in your area!

Approved - Meet singles in your area!

Not Approved - As a parent, you know how difficult it is to get your kid out of bed in the mornings. Now, it’s easier than ever thanks to this incredible FunTime Alarm Clock!

Approved - The FunTime Alarm clock is perfect for parents who can’t get their kids out of bed in the morning.

Personal attribution is really easy to avoid once you understand how it works, but it can be tricky if English isn’t your first language. If this is the case, then it’s worth having a native speaker look over your ad copy to ensure that it won’t get rejected.

If you’re running ads on Facebook, then you’ll really want to play around with the images as they are make or break for most campaigns.

When it comes to images, you need to get people’s attention, however, there are the right ways and the wrong ways of doing this.

As for images you can run on Facebook, it’s best to always be relevant and original and always test new things. Even slight changes can make a big difference.

It’s best to have high-quality images, however, this doesn’t always mean professional. Stock images tend not to work, whereas honest, amateur images do. People like the personal touch, so try experimenting.

A few rules that people slip up on are things that can and cannot be shown in images. For example, you cannot show before and after pictures. Like this one from Wish 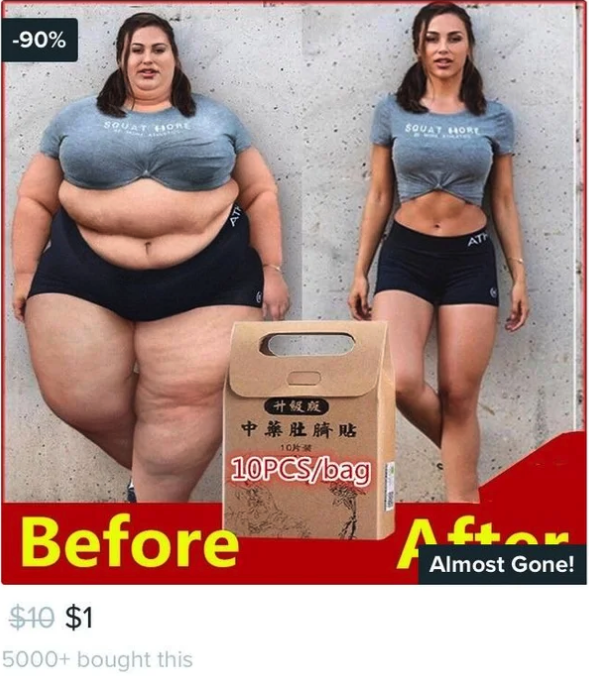 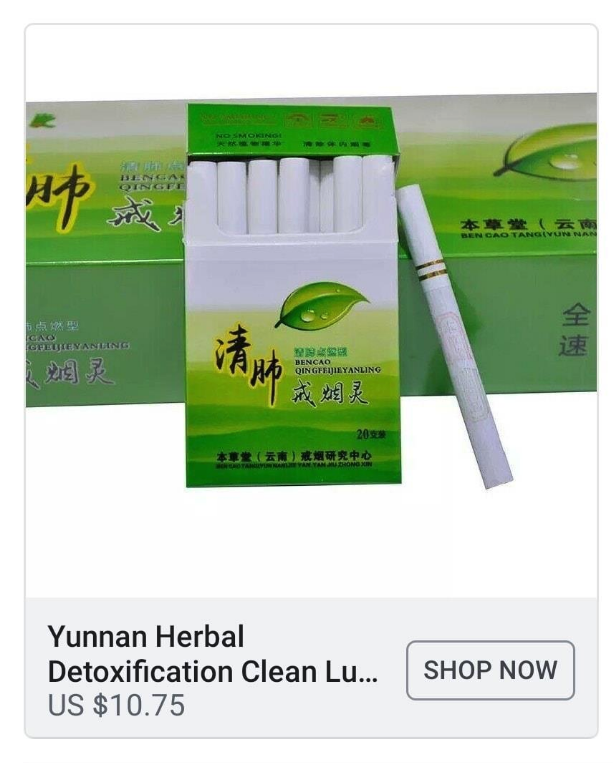 Or images relating to illegal drugs or drug paraphernalia, like this one from Wish 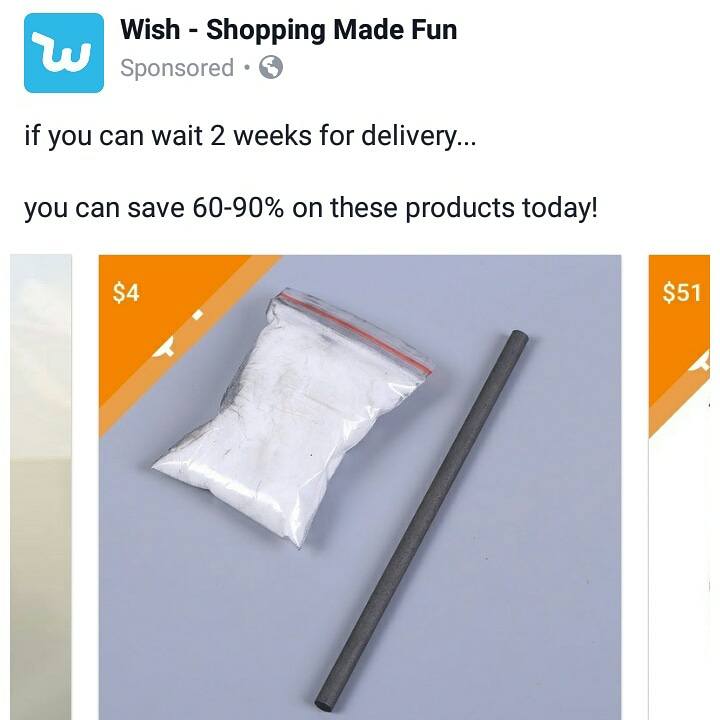 Or sexual images! No example for this one but let’s face it, you’ve seen them.

To stay on Facebook’s good side, don’t use your images to shock people into clicking, you’ll probably get banned and even if you don’t, you won’t get high-quality traffic. Facebook in 2021 really does require you to be whitehat, so use relevant images and keep testing until you find out what works and what doesn’t.

Use your common sense when running ads on Facebook. If what you are doing feels deceptive or manipulative, or that you are offering people something that you can’t deliver then take a step back and assess your business. It’s much better to have long term profitability that will last for years than to try to get-rich-quick by shilling snake oil.